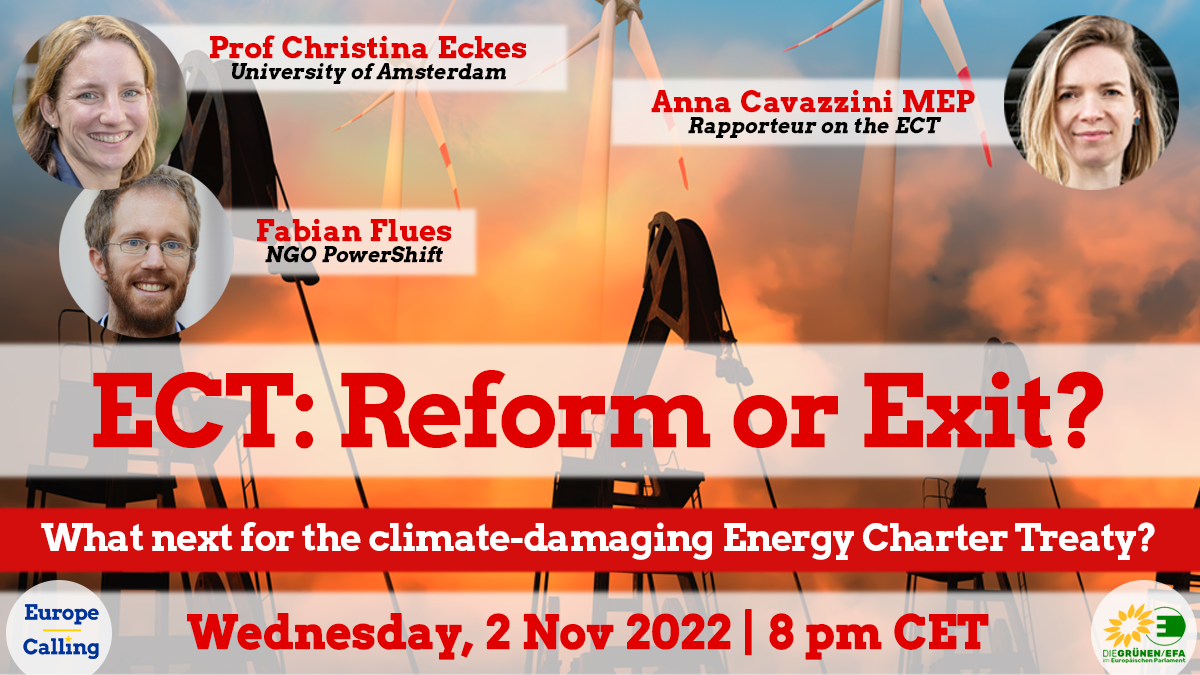 There is probably no other international treaty that hinders the energy transition as much as the Energy Charter Treaty (ECT). With it, fossil fuel companies have a sharp sword to protect their climate-damaging investments – against democratic decisions by citizens, parliaments and the Paris Climate Agreement. And they use it again and again, in over a hundred lawsuits worth billions against the energy transition and climate protection.

At the core of the ECT are the ISDS (Investor to State Dispute Settlement) arbitration tribunals, which are also found in other trade treaties. They are used by fossil fuel companies to sue states that want to get out of fossil fuel technologies. This not only leads to billions in taxpayers’ money, but also discourages states from taking more ambitious climate protection measures.

Almost everyone agrees that the ECT cannot remain as it is. But what happens next?

Already in 2017, the contracting parties (from Europe: the EU itself and additionally the member states) started a reform, the results of which are to be adopted on 22 November 2022. At the same time, Italy, Spain, France and the Netherlands have already declared their withdrawal from the ECT. Others could follow. But will the EU as a contracting party then also withdraw? So far, the Commission has defended the reform. So the situation before the crucial vote is complicated.

In our next Europe Calling webinar in cooperation with Anna Cavazzini MEP, we want to take a close look at the ECT and the reform with our guests and discuss how to move forward for this treaty. Is the reform coming and what is in it? Or will the ECT exit?

The webinar will be simultaneously translated into German and English.

We would be very pleased if you would come in large numbers and invite others to join you.