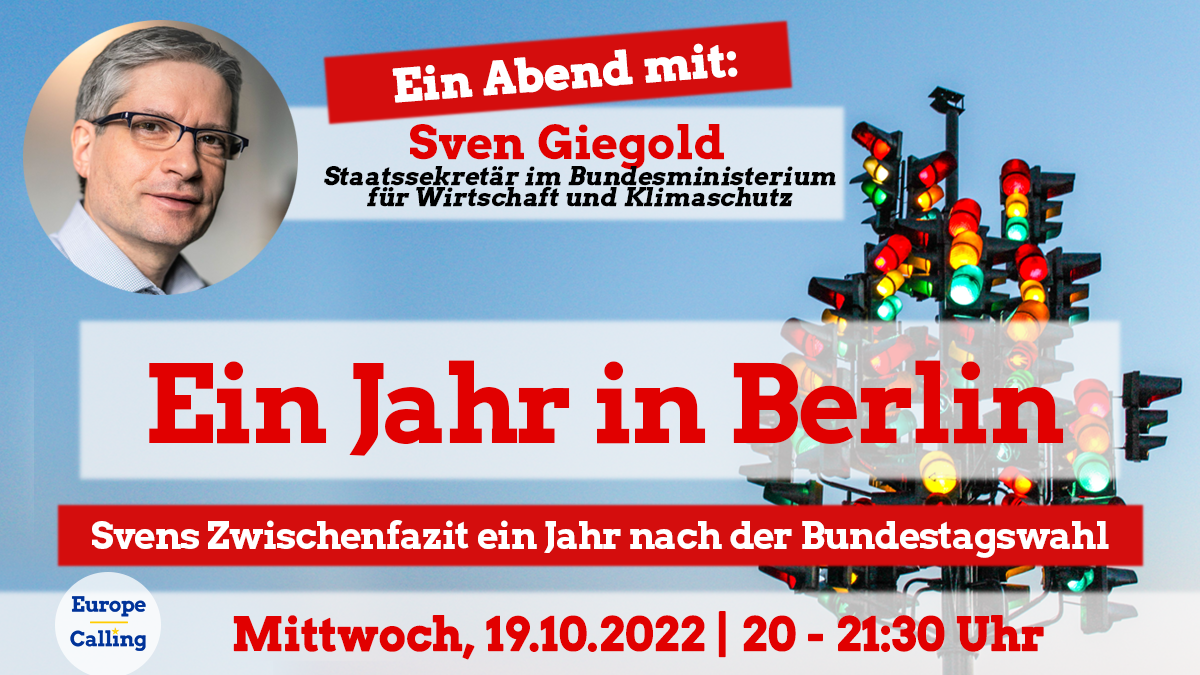 One year after the federal elections and after ten months of a “traffic light” government consisting of the Social Democrats, Greens and Liberals, it is time for a first personal assessment. After a year dominated by the Ukraine war and the energy crisis, the federal government and Europe as a whole are facing one of the most politically difficult winters in recent decades.

We are therefore very pleased that Sven Giegold, founding father of Europe Calling and now State Secretary at the German Federal Ministry for Economic Affairs and Climate Protection, is joining us for a personal résumé in this webinar. As a Member of the European Parliament, he regularly spoke with citizens from all over Europe. We want to resume this personal dialogue together.

Sven Giegold will tell us what he has been able to achieve in the ministry so far and what he has not. He will give us a personal insight into the engine room of the ministry and its work, and last but not least answer your questions – of course as far as this is possible in his new role in the government. Can more be achieved in Berlin than in Brussels? We are curious.

The webinar will be simultaneously translated into German and English.

Please join us yourself and invite others. An evening in direct conversation with a State Secretary – that is not an everyday event. Take advantage of this opportunity and tell others about it.

Maximilian Fries and everyone at Europe Calling