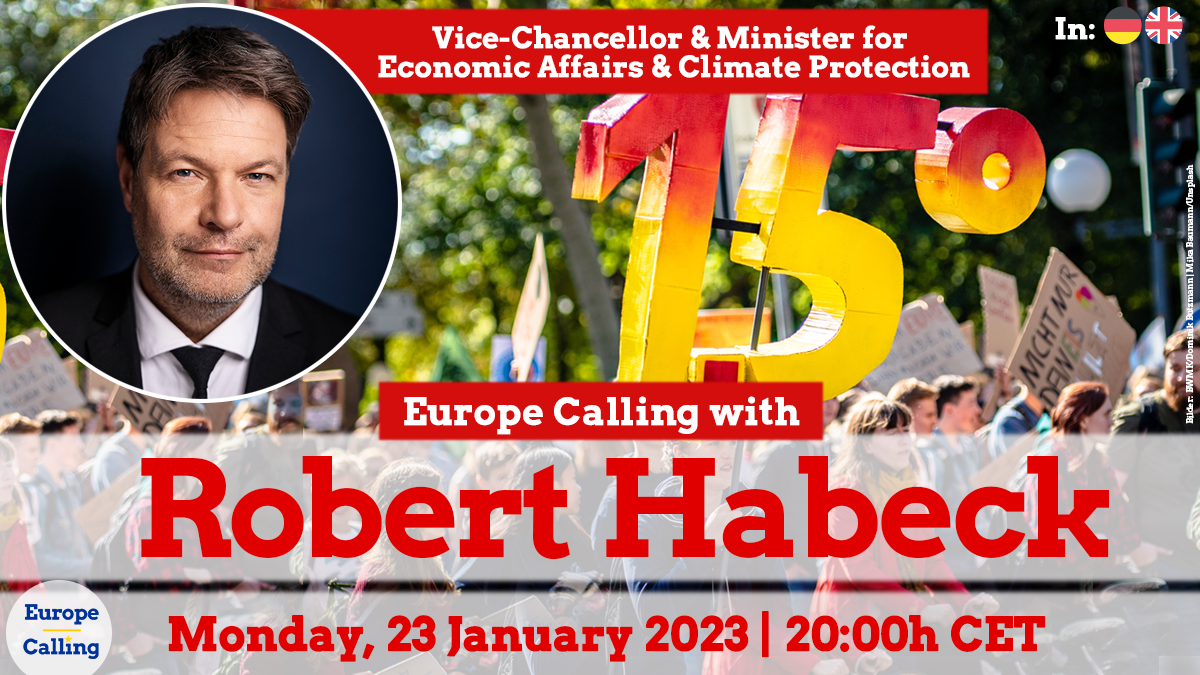 The years 2015 to 2022 were the eight hottest on record. We are in the middle of the climate crisis. At the same time, the Russian war of aggression against Ukraine has caused an energy crisis in Europe; as a result, more lignite-fired piles are running in Germany than planned and LNG liquid gas infrastructure is being built in the EU to replace Russian gas.

Is a renaissance of fossil energies looming? How can the world even reach the 1.5°C target of the Paris Climate Agreement?

One thing is clear: Germany and the EU are doing more than ever before to protect the climate. But it’s not enough yet – that’s also what the German government’s expert council on climate issues says.

That is why we are very honoured that

will take the time to answer your questions on climate policy in the next Europe Calling webinar. Together we want to discuss with Robert Habeck why Germany and Europe are not yet on the 1.5°C path and how he plans to get there – and what you think about it.

The webinar is simultaneously translated into English.

Use this very rare opportunity to talk directly to the Vice-Chancellor and invite others to join you!

Maximilian Fries and everyone at Europe Calling e.V.