Fascism 2.0? – How the far-right is grabbing power in Italy & what it means for Europe 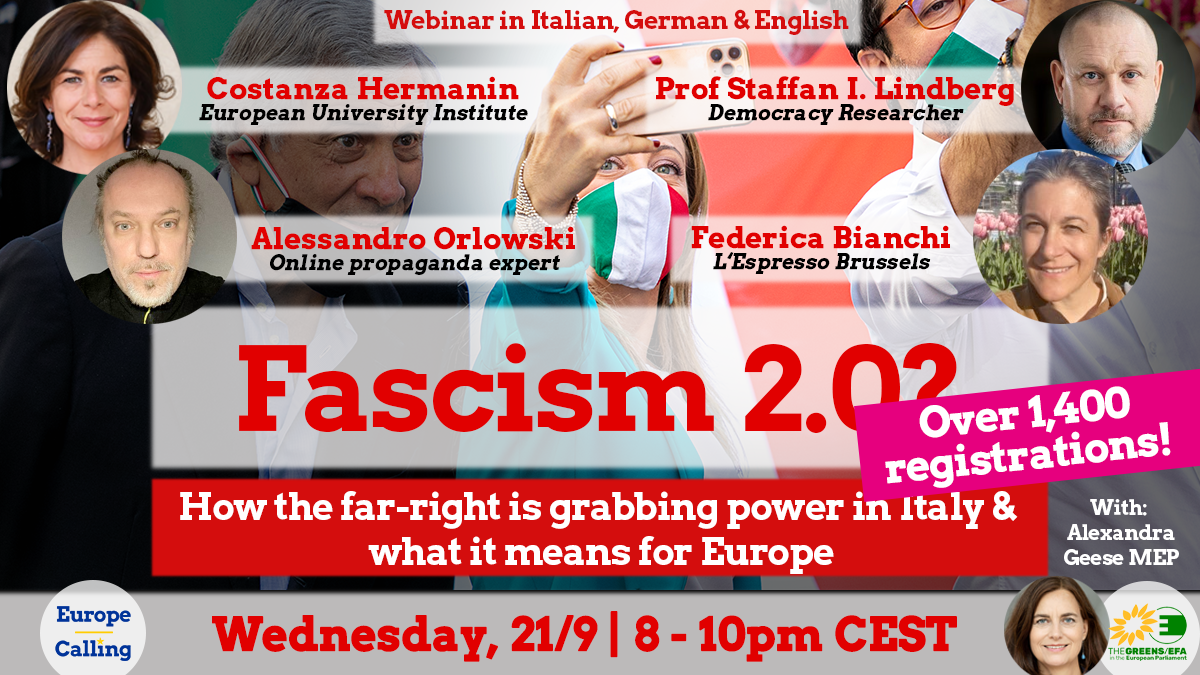 On Sunday, 25.09.2022, Italy will elect a new parliament. All polls point to a majority for the right-wing camp, led by Giorgia Meloni, the leader of the neo-fascist party “Fratelli d’Italia”. This would mean that after the election in Sweden, another far-right government would take over in another EU member state within just two weeks. With devastating consequences for progressive politics in Italy and Europe.

The rise of the Fratelli d’Italia is remarkable: as recently as 2019 they ranked at 5%. Today they are the strongest force with 25% in the polls, 3% ahead of the Social Democrats. In Italy’s political system, such rises of populist parties are not unknown in principle; the Lega and the 5-Star Movement have already managed something similar. What they have in common is a sophisticated social media strategy based on disinformation, propaganda and hate messages. Strategies with which the far-right has been successful time and again all over the world.

In our next Europe Calling webinar in cooperation with Alexandra Geese MEP, we will look at the situation in Italy before the elections with four experts.

What kind of party are the Fratelli d’Italia? What can Italy and Europe expect from a Prime Minister Meloni? What strategies have they used for their rise and how can we better defend our democracies against the rise of the neo-fascists?

The webinar will be simultaneously translated into German, Italian and English.

Join us and invite others!

Maximilian Fries and all at Europe Calling e.V.